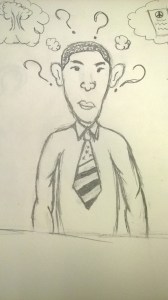 This was a class project that I had to create a cover for The New Yorker magazine. The magazine cover had to be based on a real topic and something that would typically be shown in this magazine. I chose a topic that is covered in the magazine a lot, which is politics. This cover is based on an article that I read in one of the issues of the magazine, it was about going to war for control of the oil market. The entire design was done in Illustrator and is all vector art.

I started the design with a hand drawn sketch of how everything should be laid out within the page. I used my own original illustration, which I traced within Illustrator in order to make it vector. I made several different variations before settling at the final design, using a grey background and a close up on the illustration. The grey background was used since it allowed the rest of the contents that have more importance pop out more. 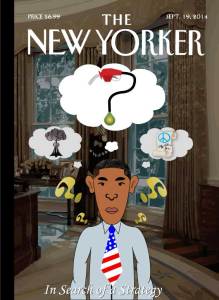 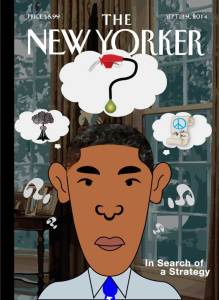